Open Letter to Irish Government Regarding Humanitarian Crisis in Afghanistan 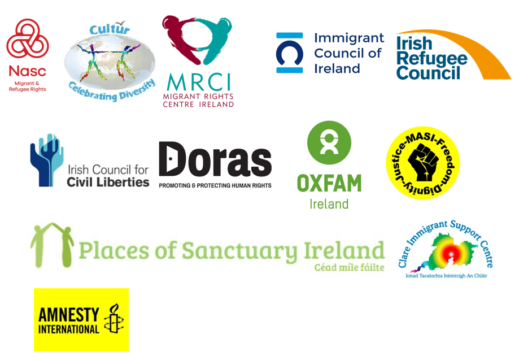 On the 17th of August, Places of Sanctuary Ireland, along with 11 other organisations, signed a letter addressed to the Taoiseach, Micheál Martin, and other members of government, asking for the government to take further action to ensure Ireland is offering help and assistance to those affected by the crisis unfolding in Afghanistan.

The letter outlines six actions which can be taken by the government in response to this urgent situation:

The full letter can be read here as follows:

James Browne TD, Minister of State at the Department of Justice

We are a group of organisations working on Migrant, Asylum and Refugee rights. We are writing to you  in relation to the unfolding crisis in Afghanistan. We strongly welcome the initial commitment to offer 150 people humanitarian admission to Ireland, plus commitments to prioritise family reunification. We are also ready to support this process in any way we can. In addition we call on the Irish government to take the following important steps:

The Irish Refugee Protection Programme has a good track record of supporting and resettling refugees in Ireland, including through Community Sponsorship. We believe, with support and additional staffing, it can lead in the response to this crisis. We note that Ireland set itself a target of 1,350 resettled refugees in 2020 and 2021 but, due to Covid 19 and other reasons, only approximately 250 people have been resettled, leaving 1,100 places unfilled. According to UNHCR there are approximately 96,000 Afghan people in need of resettlement around the world but in particular in neighbouring countries.

We welcome the initial commitment of the evacuation of 150 Afghan people made by Minister Simon Coveney on 16 August.

We call on Ireland to proactively identify people who have worked with the EU, humanitarian organisations and their partners and women and girls at risk of persecution.

Approximately 70 Afghan people have applied for international protection in Ireland in 2021 (up until June). There are approximately 211 Afghan nationals currently living in Direct Provision (as of July). UNHCR stated last week that Afghans outside of the country may have international protection needs. Afghan nationals are already on a prioritisation list (produced by the International Protection Office and UNHCR Ireland) due to the likelihood that their applications are well-founded due to the country of origin. However, projected waiting times are currently 19.5 months for prioritised applications.

We call on the Irish government,  the Department of Justice and the International Protection Office to ensure international protection is provided to Afghan protection applicants currently in Ireland through an expedited process

We call on the Government to prioritise and expedite these applications as family members are likely to be in dangerous situations.

In addition, the International Protection Act has a narrow definition of family resulting in many family members not being able to reunify. As organisations we work with many people who have family members in desperate situations but who are not eligible for reunification because they are outside the statutory definition.

We also call on the Government to introduce an Irish Humanitarian Admissions Programme (IHAP) to enable Afghans living in Ireland to apply for extended family members such as parents and siblings.

Approximately 97 Afghan people were refused leave to land in Ireland between 1 January 2020 and 31 May 2021.

We call on the Irish authorities to ensure Afghan people have access to the protection process in Ireland, including when entering Ireland at border points such as Dublin airport.

We believe, through membership of the Security Council, and other diplomatic channels, Ireland can continue to show strong humanitarian leadership on this issue. Backing this up though the responses outlined above will add weight and credibility to Ireland’s leadership.