Andy Pollak was on the monitoring team at Creagh College and contributed this article to the Irish Times. 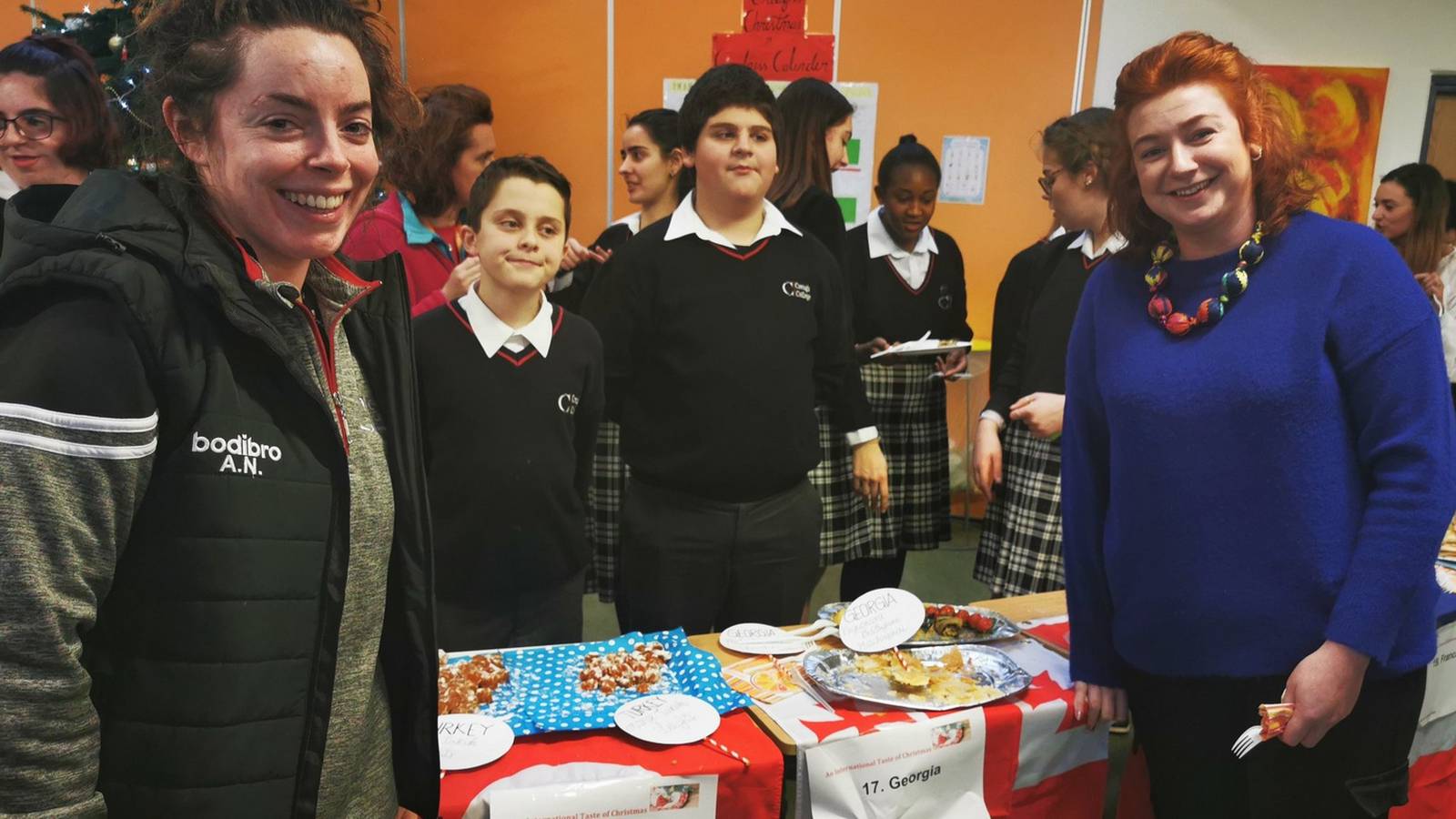 Gorey, Co Wexford. Students, staff and visitors at Creagh College’s day to celebrate its designation as a School of Sanctuary.

By Andy Pollak
Tue May 31 2022 – 00:00
On Friday, May 13th Creagh College – an Education and Training Board secondary school in Gorey, Co Wexford – became the newest School of Sanctuary in Ireland. The sanctuary movement began in a primary school in a working class loyalist area of south Belfast in 2017. The movement’s mission is to foster a culture of welcome and inclusion in Irish schools, North and South, particularly for children from a refugee, asylum-seeking and other immigrant backgrounds, but also for Irish children who might feel marginalised or excluded. The recent influx of thousands of Ukrainian students has given this fledgling initiative a real fillip.Its resource pack says that by becoming a School of Sanctuary, “you will be offering refuge to those who need it and you will be equipping pupils and students with intercultural skills and the ability to have compassion in what is, for many, a turbulent world”. There are now more than 50 such schools, primary and secondary, on the island of Ireland, including in Dublin, Waterford, Galway, Monaghan, Belfast and Derry. In the Republic they receive no public funding (in the North they receive generous funding from the NI Executive), but are funded through an umbrella group, Places of Sanctuary Ireland (PoSI), entirely from charitable donations. 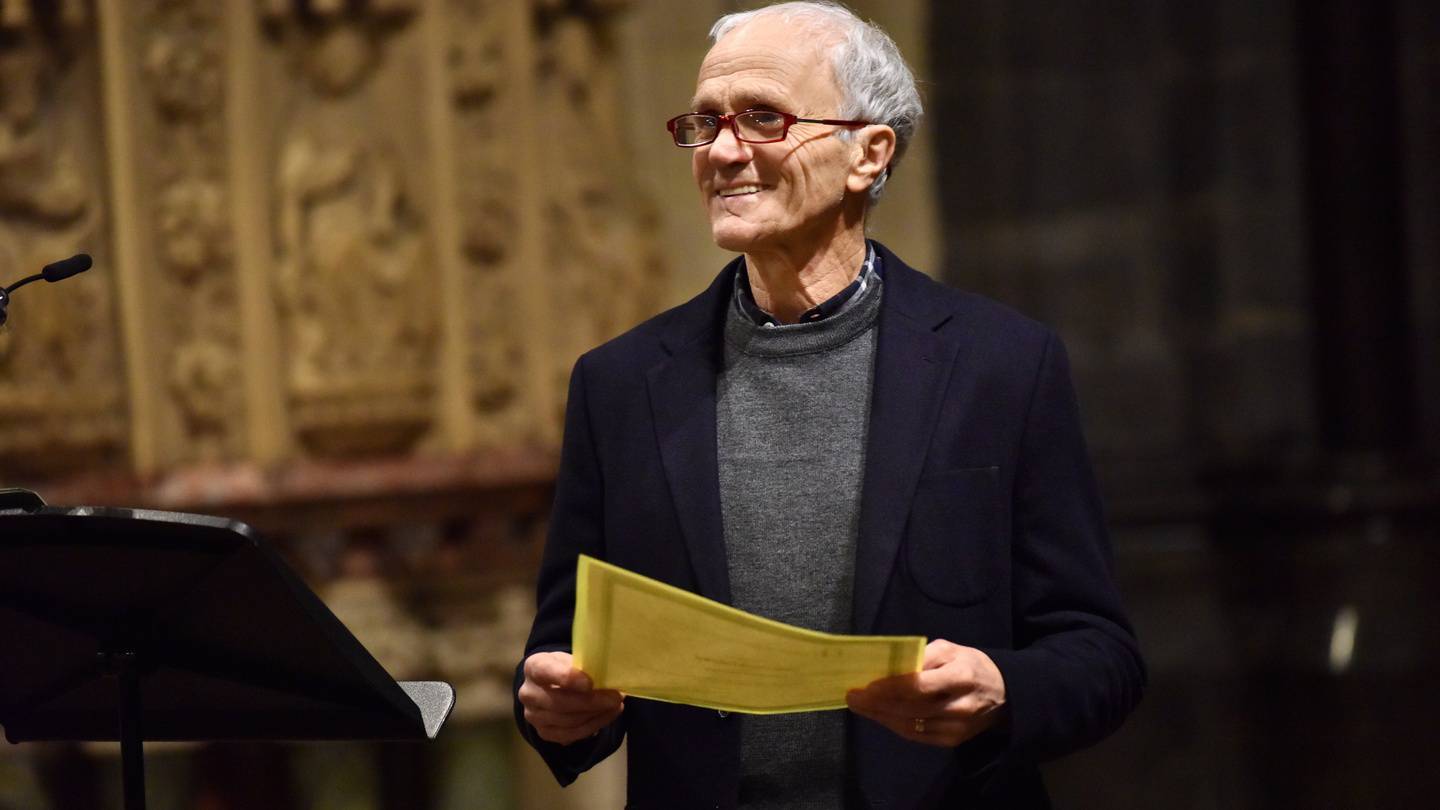 Monitor its progress
On May 13th I was part of the PoSI team of teachers, refugee support workers and refugees (including refugees from Syria and Ukraine) who visited Creagh College to monitor its progress with a view to deciding whether it had done enough to be recognised as a School of Sanctuary.

It was an inspirational and cacophonous morning. The scene had been set by a portfolio put together by Creagh College’s culture club of students and teachers. The college opened its doors in 2010 and now has nearly a thousand students in a splendid modern building on the outskirts of Gorey. Here one can study everything from classical studies to agricultural science, philosophy to coding, digital media literacy to performing arts to Spanish through Polish (as well as a wide range of mainstream subjects).

In its School of Sanctuary introductory portfolio, the culture club outlined the range of events and activities the school has carried out in recent years, including Polish and Ukrainian days; international food festivals; an app on the school website to translate its contents into various languages; a flag display in the entrance hall to show the large number of nationalities in the school; Stand Up week for LGBTI+ students; a sanctuary space for students to have a “quiet time”; and music, dance and art displays.

There are now students from 48 nationalities in Creagh College, with a recent survey showing at least 23 different languages – apart from English and Irish – being spoken in the students’ homes. Apart from the obvious major languages, these include Urdu, Russian, Turkish, Hungarian, Albanian, Romanian, Korean, Lithuanian, Latvian, Croatian, Afrikaans, Malayalam, Catalan and Bosnian.

Visibly moved
We were welcomed by principal Paul Glynn, who was visibly moved as he expressed his pride in the achievements of his student body in general and his humility at watching some of his immigrant students overcoming major obstacles to further their education.

“I can’t imagine how I would cope arriving in a school in one of your countries without a word of your language. I am only glad that we were able to help you meet those challenges,” he said. “This school is a wonderful place and we are on a journey to making it an even better place. I like to think we can be a refuge and a sanctuary to the many young people in difficult circumstances both in Ireland and from abroad.”

We then had Lithuanian dancing and Croatian poetry and Irish and international songs from the large multicultural school choir (and soloists), including full-volume renditions of Fields of Gold, The Foggy Dew, as well as Zombie and Dreams from the Cranberries.

Anybody who doubts the sheer richness of what a multicultural, multiracial student body can bring to an Irish school should visit this extraordinary second-level school

We were shown the “welcome tree” artwork put together by students with its title “strength in diversity”; its roots springing from the Creagh ethos of excellence in education, care, community, equality and respect; its leaves representing all the schools’ nationalities and cultures; its butterfly to symbolise the migration of refugees and asylum-seekers; and its sunflowers to represent Ukrainian refugees. An LBGTI+ student proudly showed us the culture-club notice board with its combination of multicultural and LBGT activities.

Two recent students from Sudan and Georgia and two current students from Pakistan were then awarded individual “sanctuary champion” trophies for their academic excellence and courage in overcoming social and cultural barriers. Reem Abubaker from Sudan is now studying French and linguistics at UCD; Lizi Gelenidze from Georgia is at Trinity College Dublin doing a foundation course in science and hoping to go on to do medicine next year. They are both on sanctuary scholarships awarded by the “sister” Universities of Sanctuary network.

Feast
Then, as lunchtime approached, it became evident that a feast was about to be unveiled. Students from over 20 countries presented tasty meals and snacks from their home places. I sampled chrusciki from Poland; tarrijas from Spain; poffertjes from the Netherlands; tagine from Morocco; sekerpare from Turkey; ausuker from Lithuania; brigadeiro from Brazil and hallve from Albania.

The adjective that springs to mind when I look back at that morning in Gorey is “joyful”. Anybody who doubts the sheer richness of what a multicultural, multiracial student body can bring to an Irish school should visit this extraordinary second-level school, organised under the auspices of the Waterford and Wexford Education and Training Board. It was a real privilege to be part of the appraisal visit that led to this school being declared a School of Sanctuary, and thus a model for the 300 schools Places of Sanctuary Ireland plans to designate in this way over the next three years.